You have probably often heard about schizophrenia or schizophrenic disorder, but do you know what is schizophrenia? It is often the reason behind violent behavior or unrealistic worldviews, like you see in many political or religious fanatics.

Today, we will look into this matter in detail.

In simple words, schizophrenia is losing touch with reality, and acting on unrealistic interpretations of the world. It is a kind of psychosis, meaning it changes the victim’s thought process from the root.

If you are hit by schizophrenic disorder, your thinking process will get totally muddled, you will make abnormal meanings of normal things, and you will be prone to lashing out in defense.

Stigma, discrimination and violation of human rights of people with schizophrenia is common.

In mild cases of, or with reduced signs of Schizophrenia, the victim is often no more than an annoying person with a twisted worldview and disgusting outlook on life. In the medium-strength stage, it will cause serious frictions in family and work; and if you’re in a position of power, you will start abusing that power.

You won’t do it just for simple personal benefits — that’s just plain old assholism — but you’ll do it as a matter of some twisted ideals or principles you’ve made up yourself.

In the worst cases of schizophrenia, a person goes total bonkers. They start seeing enemies everywhere, they start seeing things and hearing things, they taste poison in every cup, and they develop extreme trust issues. They get delusions and hallucinations frequently as well.

How to Recognize the Signs of Schizophrenia

Simply said, delusions are false beliefs held by a person with twisted worldview. You may believe someone is trying to hurt you or everybody is trying to hurt you — especially when there are no real reasons why they should. Racial and sexual discriminations can be a form of schizophrenic delusion also.

More often than not, a deluded person thinks very highly of him/herself. They think they are a very famous or beautiful person with great influence or other abilities. They may think somebody secretly admires them, and they will do anything to protect this imaginary relationship. It’s often one of the sure signs of schizophrenia.

Have you ever asked a person a question and had a completely or partially different answer? Have you ever talked or written so incoherently that the listener may have thought you were having a heart attack? These are signs of disorganized thinking and speech.

Schizophrenic people have their whole thinking process muddled, so they are often unable to form a coherent thought or speech. When talking, they often answer with either word strings they memorize well (which are often unrelated to what’s asked).

Otherwise if they are cornered into making a real answer, they can’t get the words to work together — the result being a word salad.

When you imagine something to be true, it becomes true. Try this now: look at any static thing and imagine it moving slowly. Like, imagine that pen is tilting towards you on its own, very slowly. If you concentrate enough — you will actually see it happen.

Seeing things that are not there is a sure sign of schizophrenia.

Schizophrenic people often believe unreal things very strongly and thus they see or hear things that aren’t there. In uneducated people it is quite common to see or hear gods. In others, it may be a shadow, or a scratching noise. 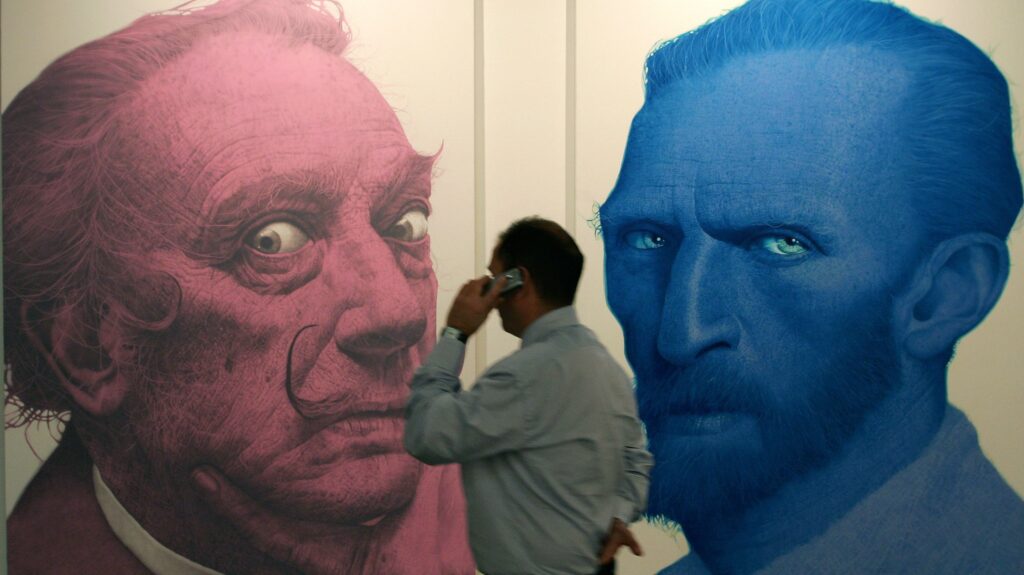 If you’re observant, you’ll notice that some people may sometimes twitch or shake or jerk oddly when they are left alone. They may behave childishly, or unpredictably, when they think nobody is watching them. These people may be schizophrenic.

The weird behavior may include sitting or standing very oddly, being unable to do a simple physical task (or not wanting to), moving limbs excessively — or being completely still. These are all symptoms of Schizophrenia.

Lack of motivation or enjoyment in daily life can be a big indication of an onset of schizophrenia. If you see someone is having a dead face at everything, or looks tired all the time, has issues with functioning normally, the person may be suffering.

A wooden face can be a sure sign of schizophrenia.

People with schizophrenic disorder often have trouble starting or maintaining an activity. They get little taste of life as it is while others can, and may have a “flat” face, showing little or no emotion.

Apart from the above, a schizophrenic person may also have trouble understanding instructions, reusing new-learned information, and having focus. Some memory problems can be associated with this particular mental health issue as well.

If you see any of these signs of schizophrenia in yourself or a friend or family member, please consult a doctor immediately, preferably a mental health professional. Because, if left untreated, schizophrenia can grow up to grotesque, monstrous shape, resulting in somebody getting seriously hurt.

Swarna is an experienced content writer and marketer from Kolkata, India. His amateur interest in psychology, born out of mental health troubles he has experienced himself and among his friends and family, has led him to the dream that is Our Clear Minds. He works as a Senior Content Writer, and enjoys instrumental music and science fiction books in his pass time. View all posts by Swarna Karmakar

2 Replies to “5 Signs of Schizophrenia”

Mental health in India is a serious matter nowadays. We are a small venture, trying to spread mental health awareness in an increasingly dark society. If you need help, we can also guide you to find mental health professionals in India. Why don’t you share your story too? It can remain anonymous, if published.